Chicago Public Schools leader and University of Illinois at Chicago alumna Janice Jackson returned to UIC recently as part of a panel that looked at exemplary school districts and discussed how school leaders have helped make them worth modeling.

The Oct. 8 discussion was hosted by the Education Trust, as well as the UIC Center for Urban Leadership and its doctoral program in urban education leadership.

She was joined on the panel by Nell Duke, professor and literacy expert from the University of Michigan, and Ronald Ferguson, lecturer in public policy and education and equity expert from Harvard University.

The far-ranging discussion was moderated by Karin Chenoweth, writer-in-residence at the Education Trust, who has been traveling the country for her podcast, “ExtraOrdinaryDistricts.” Chenoweth pointed to the gains that CPS has made under Jackson’s leadership since 2017.

During the talk, held at Student Center East and attended by nearly 100 people, Jackson warned that districts should not live in a vacuum and should reach out to partners for improvement. She pointed to the district’s work with the Chicago Education Fund and the Chicago Leadership Collaborative, of which UIC is a part.

Jackson said her education at UIC helped to inform her of the important roles that school leaders, including principals, play to help achieve buy-in from teachers, students and parents. She said that good leaders “truly believe in all students” and must be “relentless” in their belief that all students are capable no matter who they are, racially and culturally, or where they come from economically.

“There’s no shortage of people who believe, but people who have the courage and the ability to be relentlessly focused on making sure kids get what they deserve, I think that’s the piece we have to bring to bear,” she said.

Also at UIC, she said she learned the notion that continuous improvement is important for teachers, principals and school administrators. Jackson and the other panelists said that for any success, leaders must buy in at the top levels.

“At CPS I would say the progress we have made in the large district really is progress that our teachers, as well as our principals, owned,” Jackson said. “But it would not have occurred if we didn’t codify what good leadership looks like and create systems to support that.”

“If I were giving advice to other districts, I would say pay attention to school leadership because it really can have a dramatic impact on performance at the school and in the district.” 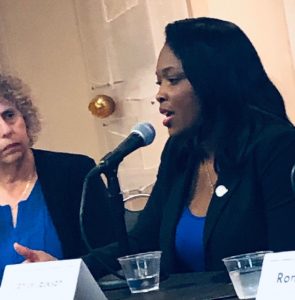 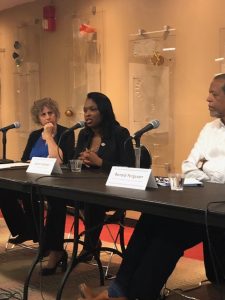 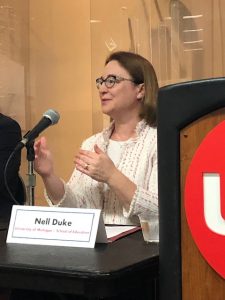 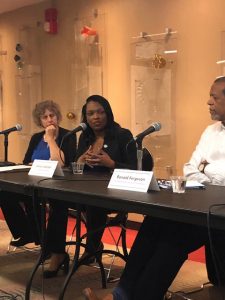