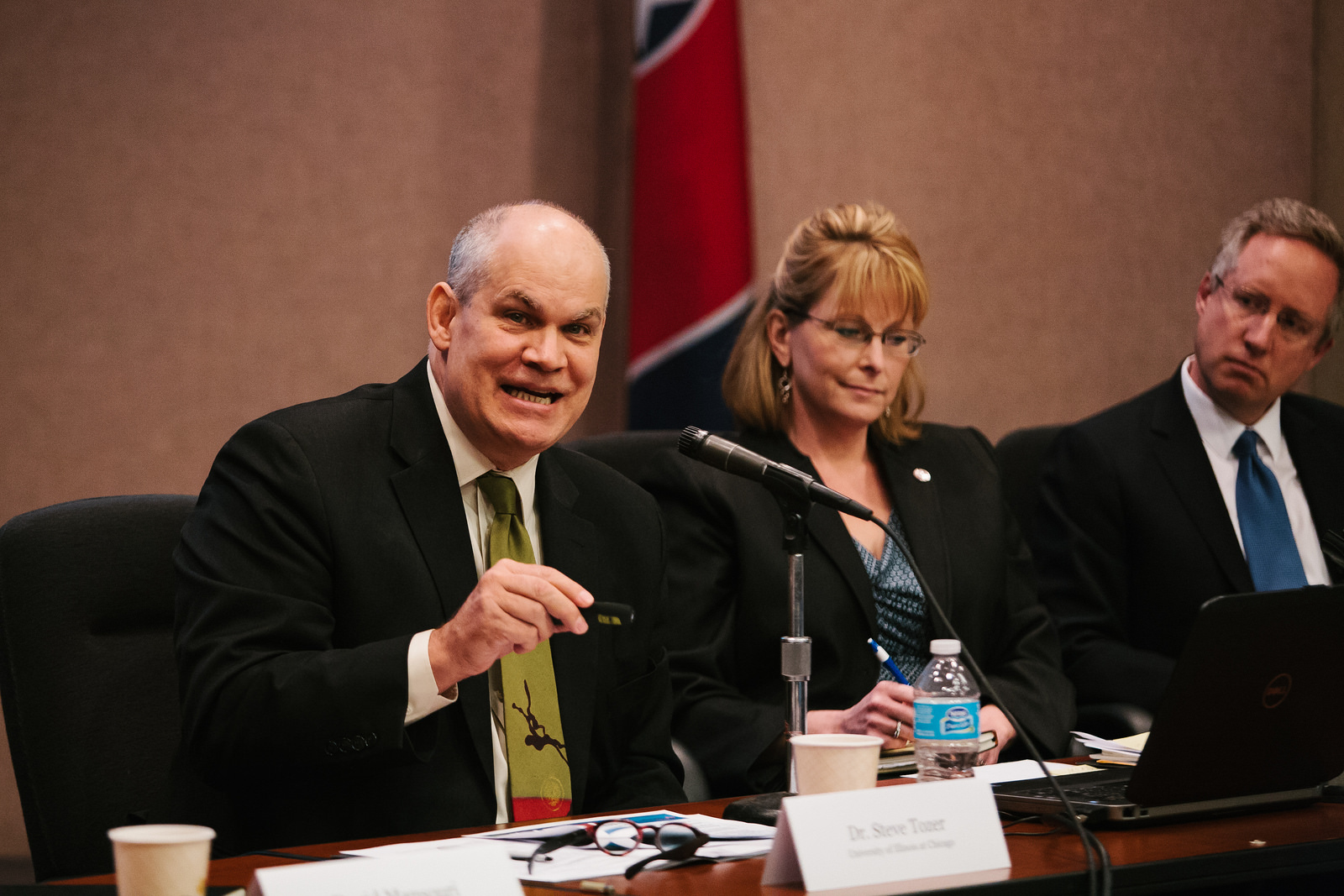 According to the Chicago Sun-Times, students in 119 Chicago Public Schools — serving more than 70,000 of the city’s 380,000 students — started the school year with a new principal.

And at least 37 of those schools started the year with their second or third principal in four years.

The Sun-Times interviewed Steve Tozer, PhD, director of the Center for Urban Education Leadership, on the effects of principal turnover on academic performance.  He praised the role of principals in providing stability in a rapidly changing district.

Steve Tozer, the founding head of the principal-preparation Urban Education Leadership program at the University of Chicago at Illinois, lauded Chicago for “getting increasingly aggressive about making sure there’s a strong principal in every school,” calling the principalship “the single most cost effective lever for improving schools.”

Tozer credits principals with the academic progress of CPS students as the district churned through seven CEOs, “a recipe for disaster. This system should be in the toilet right now but it’s not. . . . These folks can buffer a school against this kind of churn at the top that’s normally really detrimental to schools.”