Investigating the Continuous Improvement Approaches of a “Big City” CEO 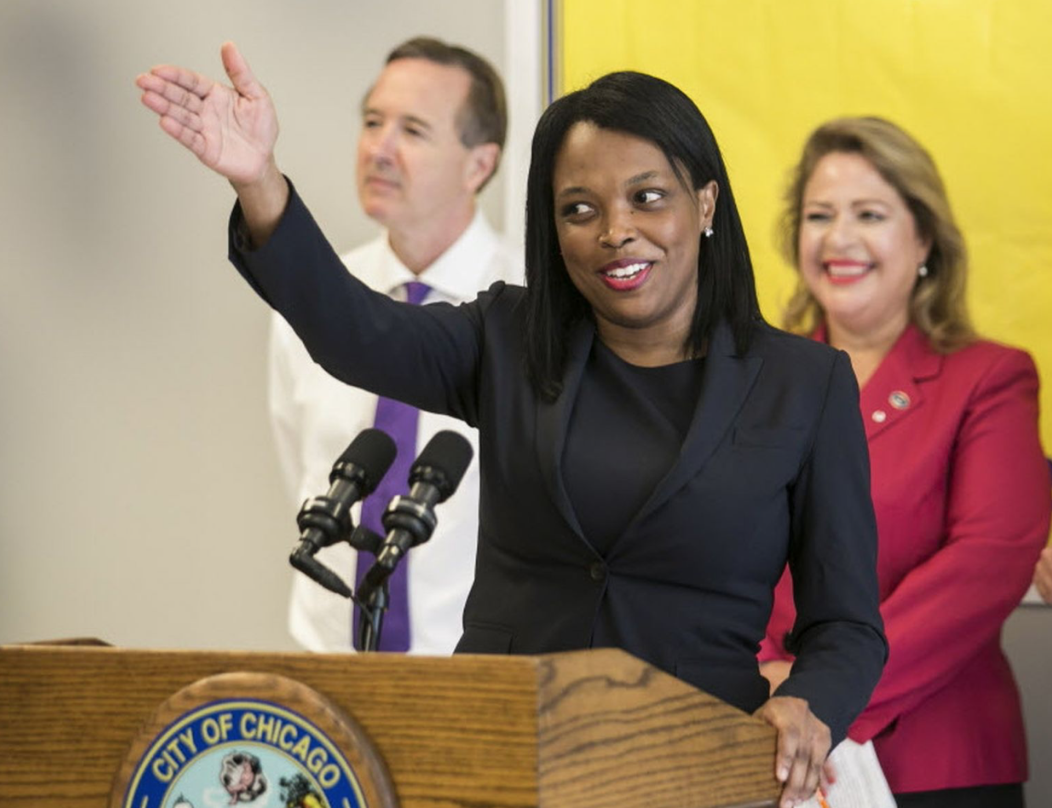 In this project CUEL will investigate the leadership practices associated with applying a continuous improvement approach to “big city” school system leadership, along with the impacts of this approach and the challenges encountered along the way. Support is provided by the Lloyd A. Fry Foundation and the Crown Foundation. In December 2017 Dr. Janice Jackson assumed the post of Chief Executive Officer of the Chicago Public Schools, the nation’s third largest school system, after two years of guiding the district’s instructional improvement efforts as Chief Education Officer. It was the first time in many years that a native Chicagoan and career CPS educator – a former teacher, principal, and principal supervisor – had become the District’s chief administrator. Her ascent also coincided with a period of unprecedented accolades for CPS, once dismissed as “worst in the nation,” for outdistancing almost all urban districts in the academic growth of its diverse students. Determined to sustain this performance, Dr. Jackson set about to restructure and reculture CPS as a more effective learning organization based upon the implementation of continuous improvement principles and routines of professional learning at all system levels. She also determined to build her own leadership practice through disciplined cycles of professional reflection. To advance both of these ambitions, and as a graduate of the UIC EdD Urban Leadership Program, she reached out to the CUEL to craft a case study of her leadership that would inform the broader field of district leadership as well as her own leadership decisions.

In consultation with Dr. Jackson we have devised a 15-month case study design that will address three overarching research questions. First, what were the conceptual and institutional origins of Dr. Jackson’s approach to continuous system improvement, and how did her approach and understandings evolve with time? Second, what range of structures, routines, protocols, and tools were deployed to enact the CEO’s vision for district transformation through continuous improvement, and how did these processes and artifacts take advantage of and transform existing district capacity? Third, what impacts emerged from Dr. Jackson’s leadership and the dissemination of continuous improvement strategies, first at the central office level, and then through the system to schools, educators, and students? And what challenges and obstacles had to be addressed to advance her agenda for improvement? The study will employ mixed methods strategies, integrating interviews, focus groups, and observations of leadership settings with the construction of a detailed event timeline and the identification and tracking of implementation and outcome metrics central to the CEO’s continuous improvement design. Along the way unintended consequences of implementing new strategies will also be explored. Work begins in June 2019 with a literature review and initial interviews, and will conclude in August 2020 with the development of a full case study.